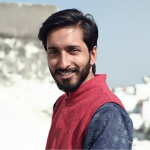 Here you are at the right place to learn Ethical Hacking Free Course online. you can also check other posts by clicking here – https://thetechnofreaks.com/

“Ethical Hacking can be defined as the experimentation on technology to find out flaws or weaknesses in it so that it can be reported to the concerned department or company. “
The vulnerability or weakness can be used by the hacker to commit a crime or to take advantage of the remote machine.

Nowadays computers become a mandatory option in our life to run a business or any company even it is also required in so many jobs. As computer science spreading rapidly in India some people (Hackers) also exist there to hack information, fraudulent activity, and many more. So that’s why I designed the Ethical Hacking Online Course free for everyone.

Ethical Hacker’s protects our information’s, Identity, save us from any fraudulent activity, protects us from cyber-attacks. That’s why Ethical Hacking is the booming and lucrative field according to job and business prospects.

Hacking Legal or Not?

•Hackers are the professionals who work on the technology, explore it and take it to the next level.

•It’s legal or not – depends upon the mentality and the motive of the individual who works on that technology.

Technology is never illegal, the person who works on that technology decides whether the work is legal or no

Categories on the basis of their work and intention-

2- White Hat – Use of knowledge & skills for defensive purpose, rather offensive

Categories on the basis of Technical Knowledge

1. Neophyte– a newbie in the field of computer security with almost knowledge

2. SCRIPT KIDDE – A non-expert who uses Tools or Scripts made by others to hack into the system with little knowledge about the concept of working behind the tool.

3. Elite– also known as 1337, it is a term used to describe the most technically advanced hackers who use cutting edge technology.

Ethical Hacker is someone who seeks and exploits a weakness in a computer system or computer network and makes a proper analysis report in order to inform the concerned company regarding the issue.

If someone exploits the computer weakness without authorization for malicious activity, profit, financial gain or to harm someone, then these activities are illegal and the person is named Cracker (Hacker).

There are 5 phases of Hacking

Information Gathering – It is referred to as gathering information about the target. This is the first step in hacking. This is mostly done in a Passive State.

Scanning – Scanning refers to the pre-attack phase when the hacker scans the network or website using in a general manner or using specific information gathered during the first step of reconnaissance. This is an active state of gathering information.

Gaining Access- It is referred to as the Attack stage. In this step, the hacker will launch an attack on the system, on the basis of the information gathered during the first 2 steps, of Reconnaissance and Scanning.

Maintaining Access – it is referred to as the stage which is post-exploitation or post-attack. This is done once the hacker “owns” the system. In order to maintain Access to the Hacked system and control it remotely, a hacker installs the following application:

Covering Tracks – Covering Tracks refers to the action performed by a Hacker, Post Exploitation, which helps is in increasing the time for which the system compromise goes un-detected and similarly, the attackers do not get traced back. This is also referred to as increasing the Shell Life, it helps in: